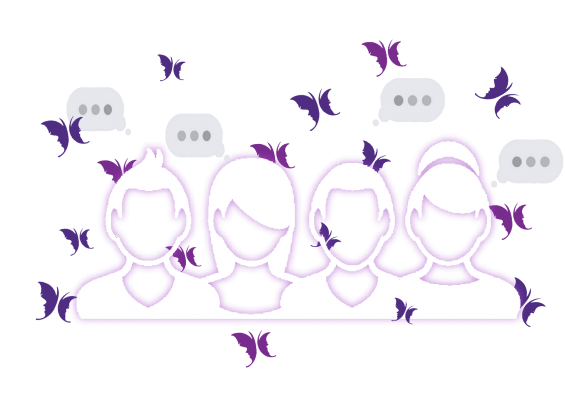 February is Teen Dating Violence Awareness Month. Teen dating violence touches many high school students, whether it be a serious situation or something that seems more minor. Many times we only hear of dating violence with adults, the statistics and anecdotes seem far removed from the issues that students deal within their daily lives. However, the way we consume our knowledge of unhealthy dating should not be misleading. Many members of our high school community find themselves in unhealthy relationships with nowhere to go, with no questions answered.

Appleton North’s school newspaper, Noctiluca interviewed a handful of students about their experiences in current or past relationships. These students were granted anonymity due to the potential social repercussions they could face. All of the students were asked to characterize unhealthy relationships in their own sense of the definition.

An Appleton North Senior woman said it can be physical and emotional abuse that makes a relationship unhealthy. In her case, a little bit of both, she felt as if her partner cared only about being intimate with her. She said they never went on dates and he never made her feel secure about her personality.

Another Senior man characterized a healthy relationship as emotional distress and turmoil. He said that his girlfriend would not speak to him at all for weeks at a time and that he was unhappy more than happy.

In both of these cases it’s obvious that its rooted in one-sidedness. A relationship that is catering to one person and leaving the other in a difficult position. When asked how to break up with someone in a healthy way everyone responded that you should lay out your reasons and do it in person, not over text. The woman female student told the Noctiluca that she wanted closure with the end of her relationship but never received it. She felt that it’s important to move past what was unhealthy by getting the closure she needed. These are just a few students’ examples of unhealthy relationships. It’s an issue that we as students need to think seriously about. If you’re in a relationship, think about how you can serve both parties. If you aren’t, think about how you can guide others. If you should ever need help reach out to any school counselors or to an advocate at on of the domestic abuse programs here in the Fox Valley.

At Harbor House we offer only Prevention Education program in Outagamie County, with programming dedicated to presenting the message of healthy relationships to youth in the Fox Valley. In 2018, our Prevention Education Coordinator presented to over 9,700 students ranging from kindergarten to high school seniors on age-appropriate topics ranging from; anti-bullying, protective behaviors, recognizing healthy vs. unhealthy relationships, and the prevention of teen dating violence.

“Many of the students that I present to, it is the first time that they have ever really thought about unhealthy behaviors and patterns that either themselves or peers may be displaying. It is encouraging that they are actively interested in gaining knowledge and tools to ending negative behavior or helping peers that that may be in unhealthy relationships at their age,” stated Harbor House’s Prevention Education Coordinator Emily.

Our goal is to is to engage, educate and empower young people to prevent and end abusive relationships. Dating violence happens more often than many people think, one in three teens will experience physical, sexual or emotional abuse by someone they are in a relationship with before they become adults. Nearly half (43%)of dating college women report experiencing violent and abusive dating behaviors. Violent relationships in adolescence can have serious ramifications by putting the victims at higher risk for substance abuse, eating disorders, risky sexual behavior and further domestic violence.

Emily also encourages adults to, “Talk to kids early and often about what a healthy relationships looks like is so important as they get older and begin dating.”

As our guest blogger, Henry stated, “the statistics and anecdotes (on teen dating violence) seem far removed from the issues that students deal with in their daily lives.” In fact, 81% of parents believe teen dating violence is not an issue or admit they don’t know if it’s an issue. It takes all of us to stop the cycle of abuse. We invite you to join the huddle up and raise awareness about healthy relationships with us as part of TDVAM! Joining is easy! Here are a number of ways to participate in the 2019 #HuddleUp for #HealthyRelationships campaign.